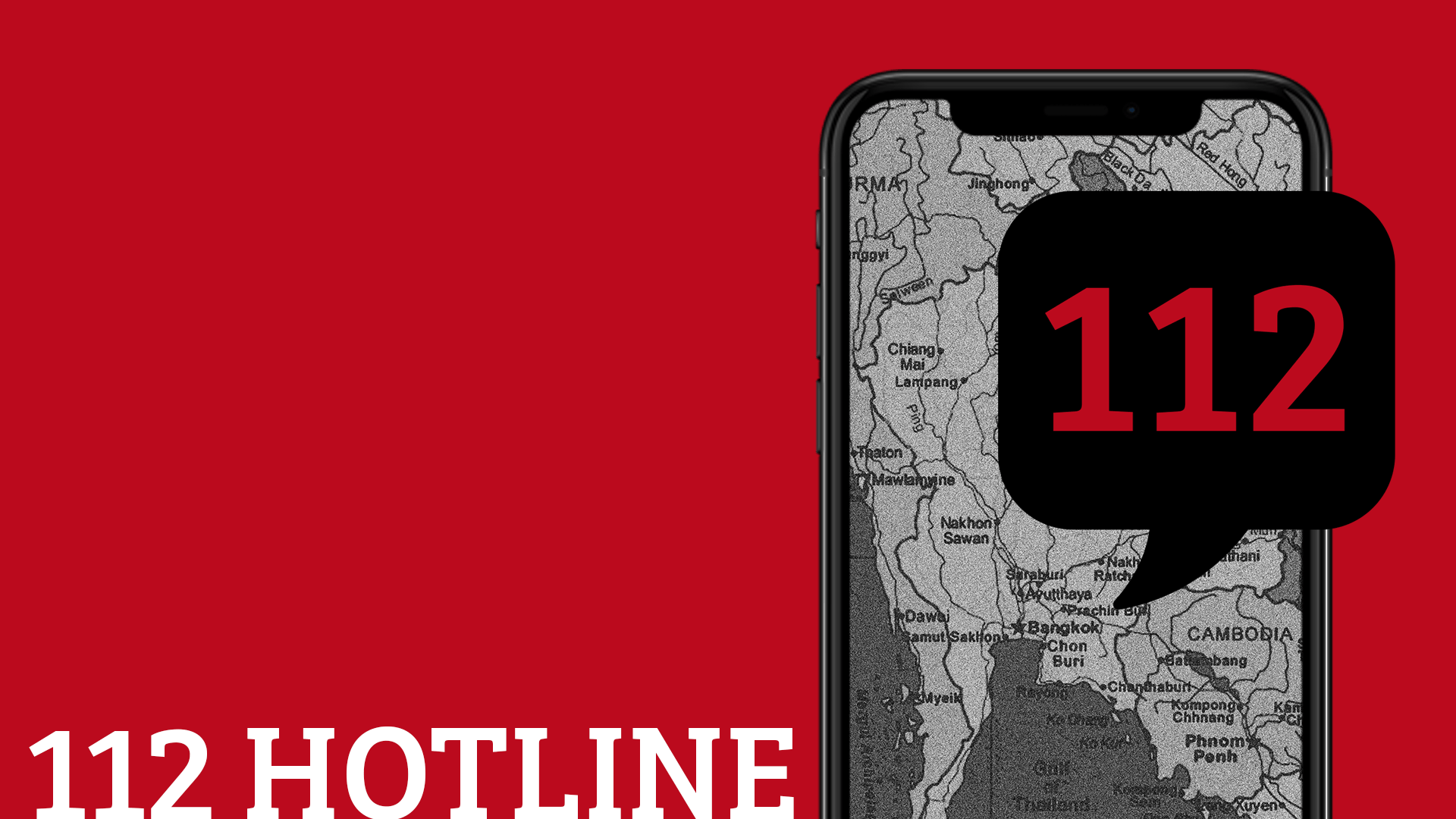 Between 1990 and 2005, there was an average of five new lèse-majesté cases per year. Since then, however, there have been at least 400 cases—an estimated 1,500 percent increase. Prior to the 2006 coup, targets of lèse-majesté were mostly politicians, high-ranking bureaucrats and extra-constitutional figures, but after 2007, common people were charged.  The law had been interpreted to cover past monarchs and symbols associated with the monarch. No one had been sentenced to more than ten years in jail before 2007. Observers attributed the increasing number of lèse-majesté cases to King Bhumibol's public invitation of criticism in 2005, increased polarisation following the 2006 military coup, and to speculation over his declining health in the period before his death in 2016.

In 2005, cases registered in the Attorney General's office rose sharply from 12 new cases in 2000–2004 to 17.  Thai Rak Thai and Democrat Party as well as opposition movement People's Alliance for Democracy traded lèse-majesté accusations.  Former Prime Minister Thaksin Shinawatra's alleged lèse-majesté was one of the stated reasons for the Thai military's 2006 coup. After the coup, dozens of radio stations were shut down because of alleged lèse-majesté.

Academics have been investigated, imprisoned, and forced into exile over accusations of lèse-majesté. Prominent historian Somsak Jeamteerasakul was arrested for proposing an eight-point plan to reform of the monarchy. Professor Giles Ji Ungpakorn went into exile in 2007 after his book, A Coup for the Rich, questioned Bhumibol's role in the 2006 coup. In March 2011, Worachet Pakeerat, a law lecturer, banded together with same-minded lecturers and formed the Nitirat Group, aiming to amend the lèse-majesté law. He proposed reducing the maximum jail term to three years, a circumstance for pardoning, and that only the Office of His Majesty's Principal Private Secretary could file a complaint. His actions angered many people. In February 2012, he was assaulted in broad daylight in Bangkok.

2011: The Government of Yingluck Shinawatra

During the government of Yingluck Shinawatra, the number of arrests and convictions for lèse-majesté offences declined significantly. However, she said she would not seek to reform the law. There were 478 cases in 2010. In May 2014, the National Council for Peace and Order (NCPO), the military junta, granted authority to a military tribunal to prosecute lèse-majesté in Thailand. Military courts routinely imposed harsher sentences than civilian courts would.

In August 2015, the Bangkok Military Court sentenced Pongsak Sriboonpeng to 60 years in prison for his six Facebook postings (later reduced to 30 years, when he pleaded guilty). This was Thailand's longest recorded sentence for lèse-majesté. The courts were dubbed "kangaroo courts." The military government has never successfully extradited someone living abroad.

In December 2014, the parents of Srirasmi Suwadee, formerly a Thai princess, were sentenced for "insulting the royal family and lodging a malicious claim".

In 2015, Prachatai published an infographic showing that bathroom graffiti, a hand gesture, a hearsay report of a taxi conversation, and reports of not standing during the playing of the royal anthem, among other things, could be punished as acts of lèse-majesté. A nurse wearing black on Bhumibol Adulyadej's birthday was charged with lèse-majesté.

The last formal attempt to amend the law occurred in May 2012 when more than 10,000 people signed a petition to parliament, but Speaker of the House of Representatives, Somsak Kiatsuranont, dismissed it citing that amendment of the law concerning the monarchy was not a constitutional right.

In December 2016, Jatupat "Pai" Boonpattararaksa, a rights group member, was accused of lèse-majesté for sharing a BBC Thai biography of Thailand's new king, Vajiralongkorn. He was the only person to be arrested even though more than 2,600 people also shared the story, as well as the publisher BBC Thai, which did not face prosecution. In May 2017, the military junta stated that merely viewing material is considered lèse-majesté and is a violation of the law. As of November 2018, at least 127 people have been charged with lèse-majesté since the latest coup.

In 2017, there was a case of a 14-year-old who was accused of lèse-majesté for burning down a royal decoration arch in Khon Kaen. This was the first prosecution of a minor. A lawyer who did not accept legal proceeding claiming that the court act in the name of the King who had conflict of interest in such cases, thus impartial and unjust. There were several low-profile instances where the authorities did not prosecute, but used other intimidation methods instead, such as holding the individual in military custody for seven days, checking for communication devices, asking them to unfollow a Facebook page, or asking them to make a video expressing loyalty to the monarch.

The Attorney General's directive, dated 21 February 2018, issued a new guideline for prosecution. Now only the Attorney General can file a lèse-majesté case. And in June 2018, there was a new regulation which allowed public persecutors to decide against prosecuting cases that did not serve the public interest. Unprecedented moves were seen, such as dismissing lèse-majesté cases even though the defendants pleaded guilty, and those charged received bail in certain cases. However, the authorities now favoured invoking other laws instead, such as the Computer Crime Act and the sedition law. On 15 June 2020, Thai prime minister and former 2014 Thai coup d'état leader Prayuth Chan-ocha confirmed this stance, stating that King Vajiralongkorn had called for no further use of Section 112.

After the forced disappearance of Wanchalearm Satsaksit, an alleged lèse-majesté offender, in June 2020, #ยกเลิก112 (cancel 112) trended first on Twitter in Thailand with more than 500,000 retweets, as netizen believed his accusations were behind his abduction. In August, protests against the government included calls to reform the monarchy, including the abolition of Article 112. 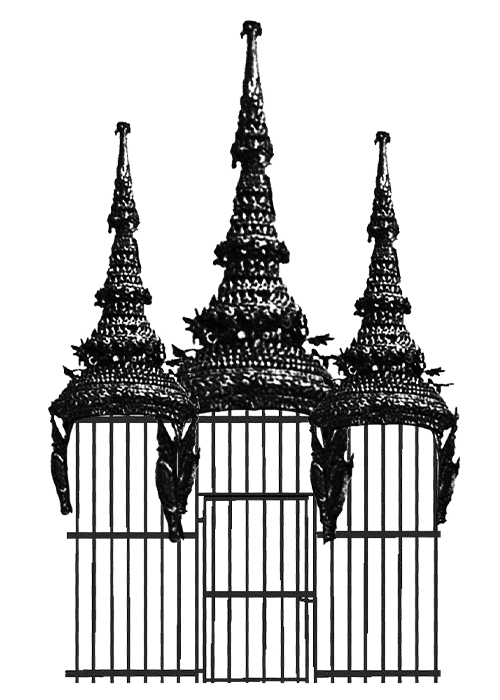 Lèse-majesté and the Present Day

During 2020 Thai protests, the authorities revived lèse-majesté law in response. In January 2021, a woman was sentenced to 43 years imprisonment for multiple charges of sharing sensitive audio clips online without commenting.

Pavin Chachavalpongpun was charged with lèse-majesté also for his criticism of the monarchy and for his role as the founder of the private Facebook group, Royalist Marketplace, which encourages open discussion on the monarchy.

In January 2021, ousted opposition political leader, Thanathorn Juangroongruangkit was charged with lèse-majesté after criticising the Prayuth Chan-ocha government's mismanagement of COVID-19 vaccination for relying too much on the AstraZeneca vaccine which Siam Bioscience, owned by the King, was the main supplier even with a lack of vaccine experience. The Police charged him for publishing a Facebook Live stream on January 18, 2021. Later, Puttipong Punnakanta filed the charge through Technology Crime Suppression Division and the court ordered taking the video down. Later in August 2021, Thanathorn faced two more lèse-majesté charges for the same act.

Anchan P. was handed 87-year prison sentence for uploading and sharing videos on the internet of an online talk show, after she had been detained in jail for nearly 4 years from 2015, then in 2021, the court convicted her by half to 43 and a half years due to her guilty plea. The UN Human Rights Committee has declared that "imprisonment is never an appropriate penalty" for lèse-majesté case.

It is reported that from November 2020 to June 2021, 100 individuals were been changed under Article 112 (International Federation for Human Rights 2021).

From 1 October 2021, the latest cases of lèse-majesté will be reported on this page.